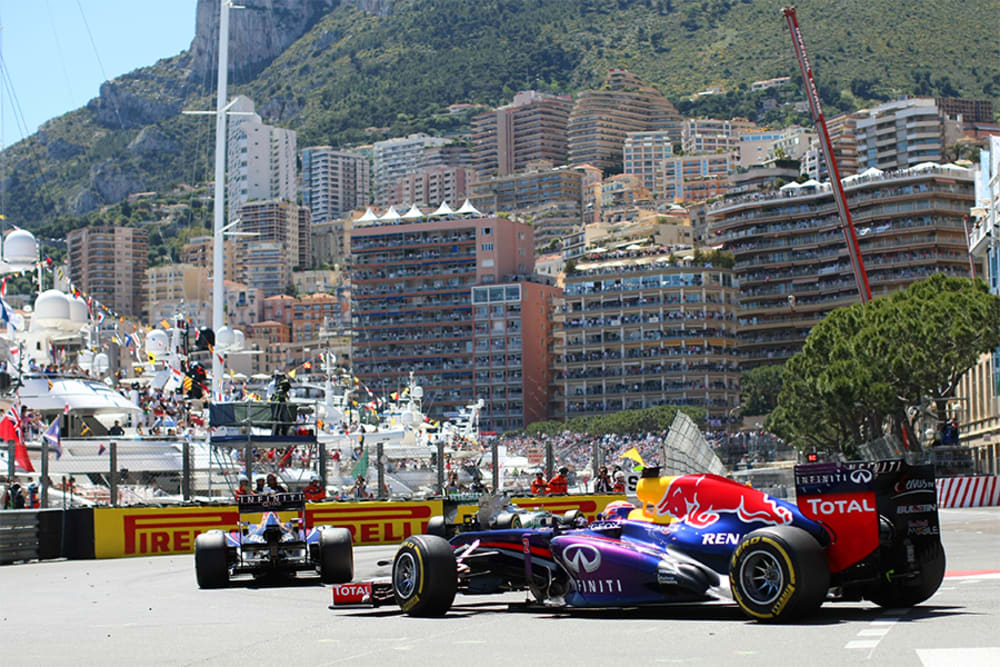 The Grand Prix week is the perfect time for a yacht charter in Monaco as you’ll have the best seat in town for this iconic event. Watch the race from the comfort of your superyacht, and then step ashore to party until the sun comes up over Port Hercules. To help you decide which parties you want to attend this year, we’ve put together a quick guide to the crème de la crème of the Grand Prix events all over the principality

With the Monaco Grand Prix just around the corner, it’s time to start thinking about which events you plan to attend during race week. As always, the Monaco Grand Prix will be the biggest event of the year in the principality, and you can expect a week of glittering parties, exciting charity events and of course some thrilling driving as the powerful cars race through the streets of Monte Carlo. To help you decide which parties you want to attend this year, we’ve put together a quick guide to the crème de la crème of the Grand Prix events all over the principality. So, the only thing left for you to do is to get ready for an unforgettable Grand Prix experience in the most glamorous setting in the world.

The Amber Lounge
The Amber Lounge is always the hottest ticket in town during race week and this year’s events promise to be bigger and better than ever. The party will kick off on Friday night with U*nite, a unique clubbing concept which features the always popular Amber Lounge Fashion Show where several F1 drivers will take to the catwalk. The fashion show will be followed by a charity auction and a chilled-out after-party with food and music on offer throughout the evening. Then on Saturday why not go for a change of scene and head over to one of the luxurious Amber Lounge’s 30 meter Benetti yachts in the port to watch the qualifying races with other race enthusiasts? Sit on deck NEW STAR or SALU in one of the spacious lounge areas and enjoy trackside views with an open bar, gourmet buffet and appearances from some of the F1 drivers during the day. Once evening falls it will be time for the EXTRAVAGANZA after-party back in the port where international DJs will light up the dance floor before some of the hottest artists in the world will perform live in this intimate and exclusive setting. On Sunday, the Amber Lounge will be the setting for the most epic post-race party in the world. Join the F1 teams and drivers in their post-race celebrations and dance the night away while the champagne flows all night. This is the ultimate way to spend Grand Prix weekend!

World Stars Charity Football Match
One of the biggest events during Grand Prix week is surprisingly enough not a motor race, but a football match between the AS Star Team and the Formula 1 Drivers Team. Created back in 1993 by Prince Albert himself, the World Stars charity tournament is held at the Louis II Stadium the week before the Grand Prix and raises money for children’s charities all over the world. Every year the biggest names in Formula 1 racing compete against professional sports stars and footballers from all over the globe plus of course, team captain HRH Prince Albert. Spend a fun evening watching the game and raising money for a great cause before the action moves from the football pitch to the racetrack!

Sunset
For 4 days only during Grand Prix week, the Meridien Beach Plaza will host Sunset, an incredible and ephemeral happening in the heart of the principality. Reserve a table in the chic club and party from noon to midnight in Monaco’s most exclusive beach resort. Soak up the Grand Prix atmosphere over lunch as the club shows all the qualifying races on huge screens and then get the party started when the house DJs turn up the music in the afternoon. There will be live performances from some top artists all weekend and Sunset promises to keep you dancing from the warm-up lap until the last car crosses the finish line!

Jimmy’Z
Legendary nightclub Jimmy’Z is one of the most dazzling venues in Monaco, and they’ve been holding some of the most epic Grand Prix parties around since the club opened back in the 1970’s. Thanks to the unique VIP Boom Boom room designed by Philipp Plein and the electric atmosphere on the dancefloor, a Jimmy’Z Grand Prix party is always one to remember. This year’s event promises to be extra special as the club is holding its grand reopening party during Grand Prix weekend following extensive refurbishments. The club promotors are keeping the party line-up a closely guarded secret but following last year’s amazing performances by Akon, 50 Cent and Martin Solveig, we think it’s safe to say that this is one Grand Prix party you do not want to miss!

The Paddock Lounge
This year’s edition of the Grand Prix will also be the perfect occasion to sample some of the finest gourmet food in the world. The Paddock Lounge at the Hotel Hermitage will be serving an elegant finger buffet during race weekend, with food prepared live in the dining room by their renowned chefs. Slip behind the wheel of one of the lounge’s Formula 1 racing car simulators and try out the Monte Carlo track for yourself with absolutely no risk of crashing out of the race or puncturing a tyre. Then follow all the action down on the circuit below thanks to a mini-drone which will be broadcasting live images directly onto the big screens back in the lounge. With a direct view of the circuit from the sunny terrace, this is the ideal spot for racing fans to enjoy the Grand Prix in style!

Rascasse
Sitting in the middle of the Formula 1 paddocks, La Rascasse is in pole position for the Monaco Grand Prix. Beloved by the jet set and Formula 1 team members, this year the Rascasse has put together an exciting programme of events and parties for Grand Prix Week. The house DJs will be spinning tracks throughout the weekend while fabulous live acts will be playing the main stage from Thursday through to Sunday. There will be a different theme every night with Thursday night dedicated to Salsa, Friday night featuring Fluo and Saturday night hosting an iconic White party. With its incredible location right on the racetrack, an evening at Rascasse during Grand Prix week is always an unforgettable experience!

For more information about the Monaco Grand Prix week or to reserve your Grand Prix charter for this year’s event, please contact our team at contact@superyachtsmonaco.com. 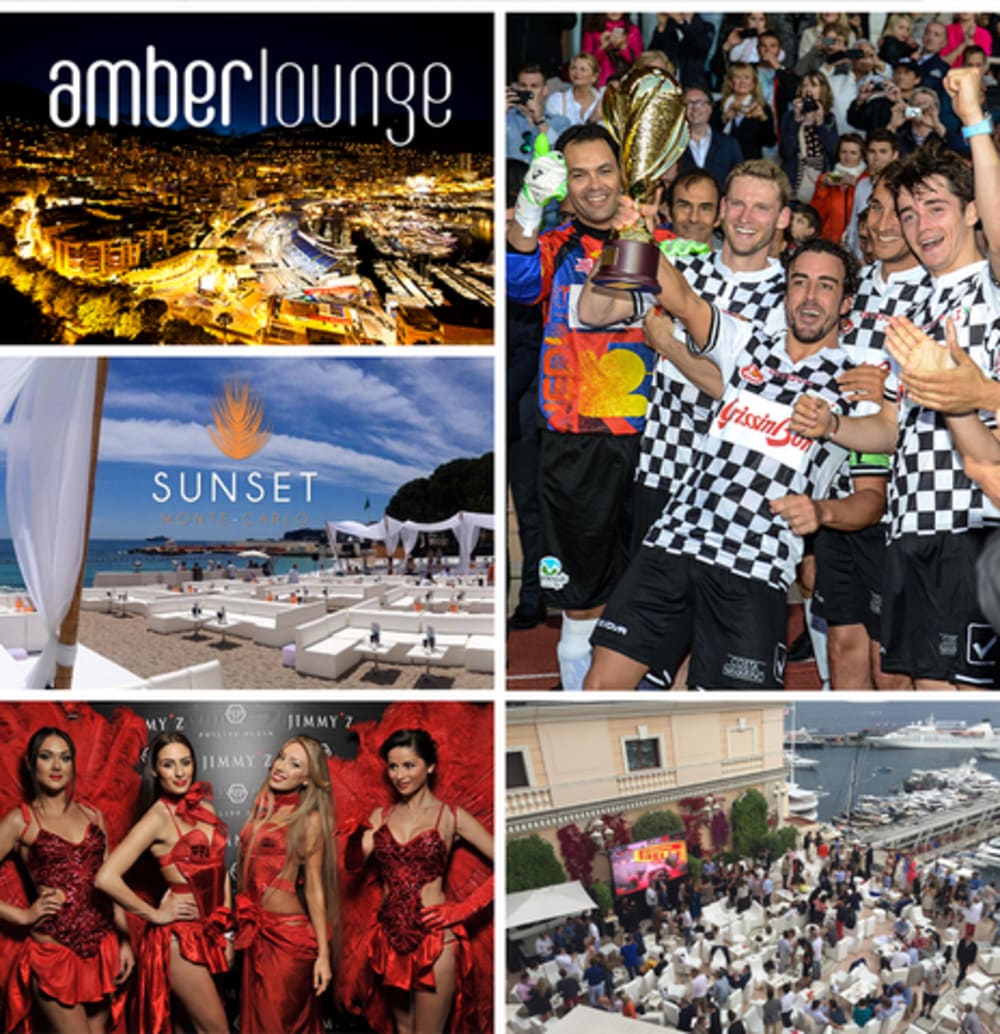